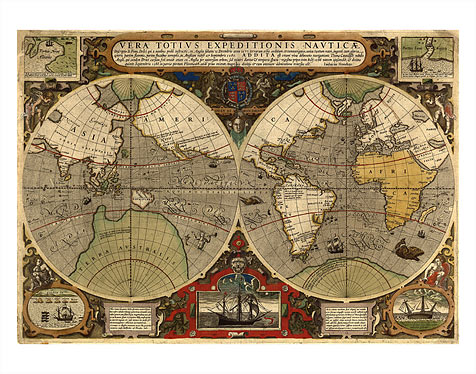 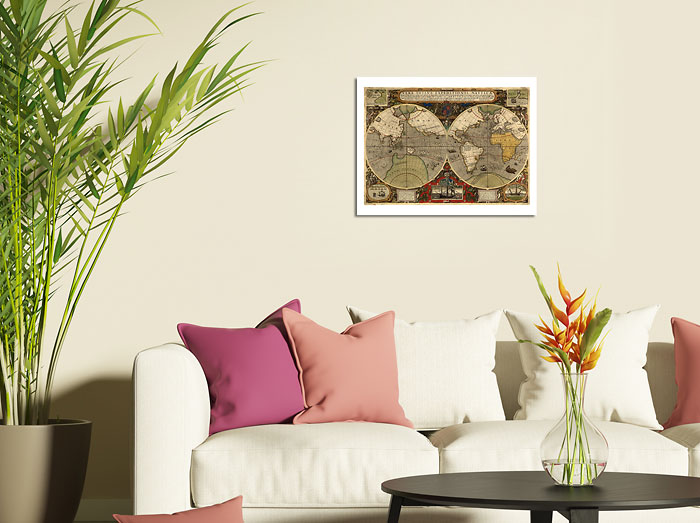 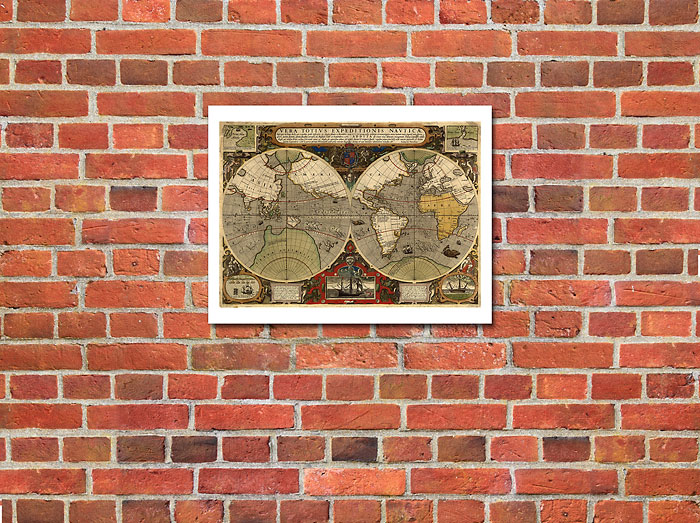 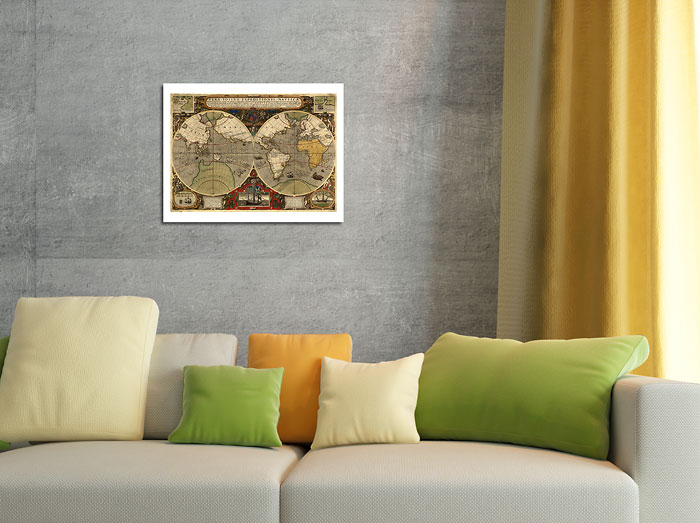 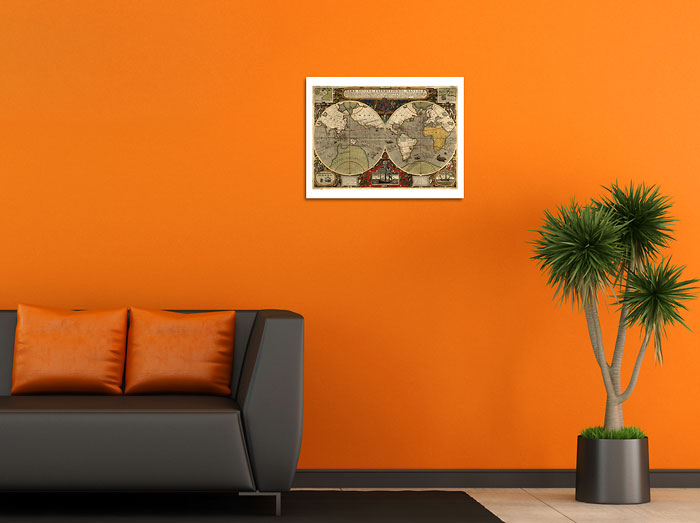 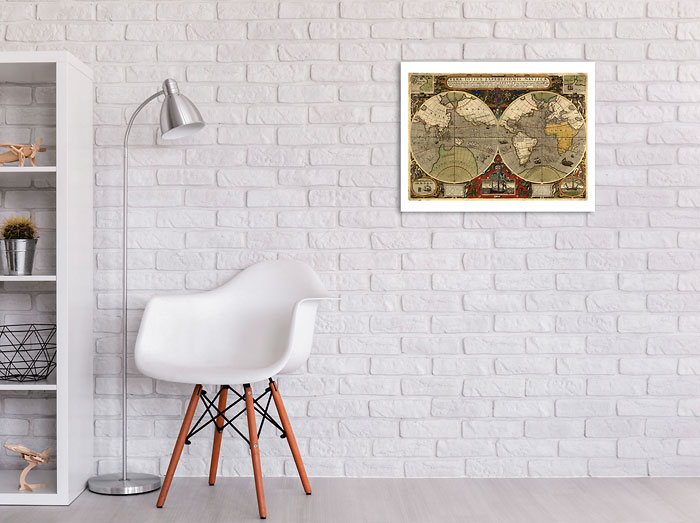 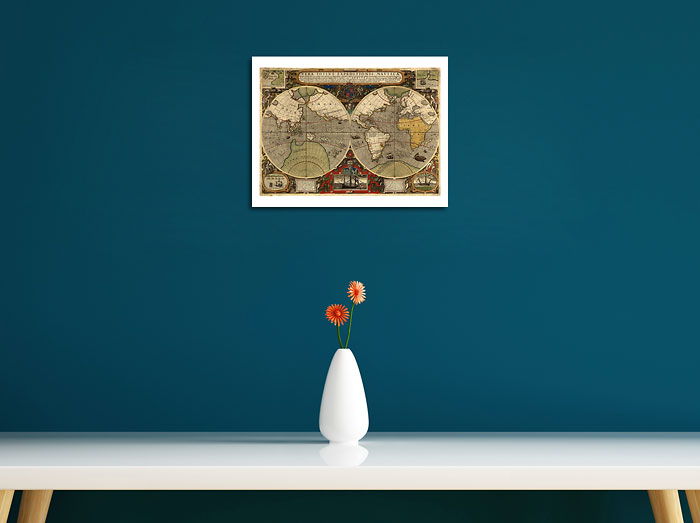 JODOCUS HONDIUS (1563-1612)
Jodocus Hondius (Latinized version of his Dutch name: Joost de Hondt), sometimes called Jodocus Hondius the Elder to distinguish him from his son Jodocus Hondius II, was a Flemish / Dutch engraver, and cartographer. He is best known for his early maps of the New World and Europe, for re-establishing the reputation of the work of Gerard Mercator, and for his portraits of Francis Drake. He helped establish Amsterdam as the center of cartography in Europe in the 17th century.