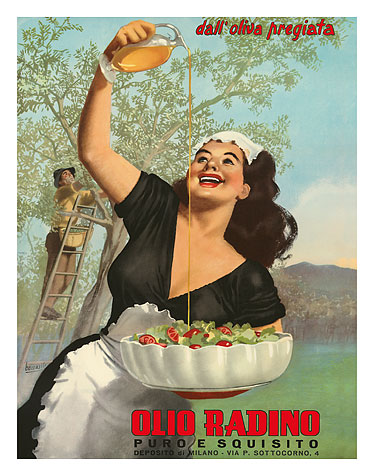 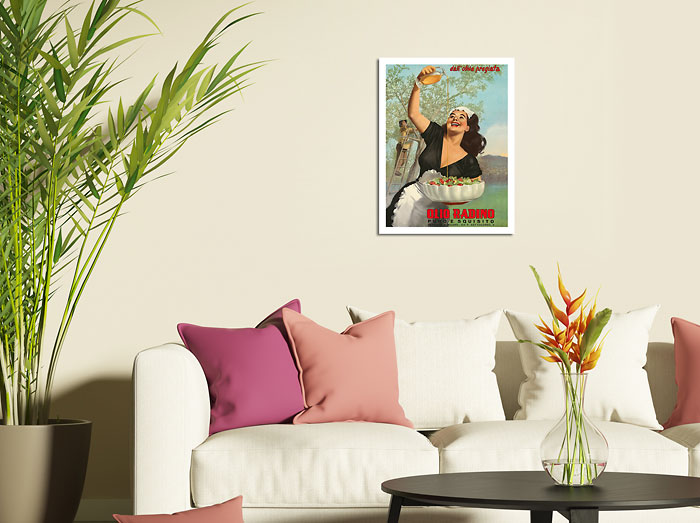 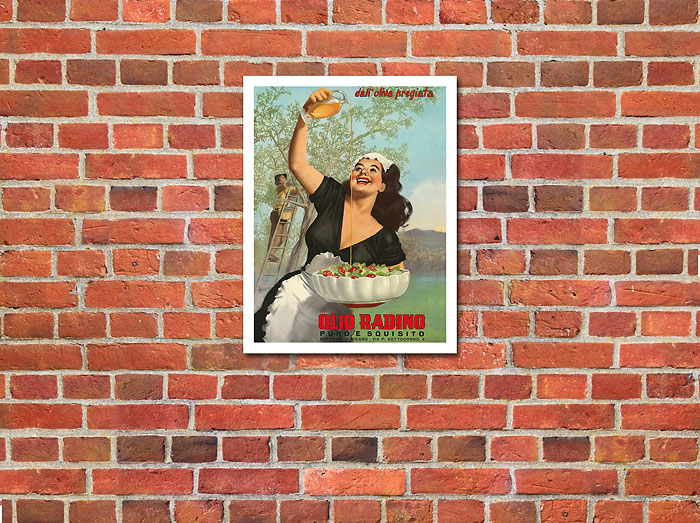 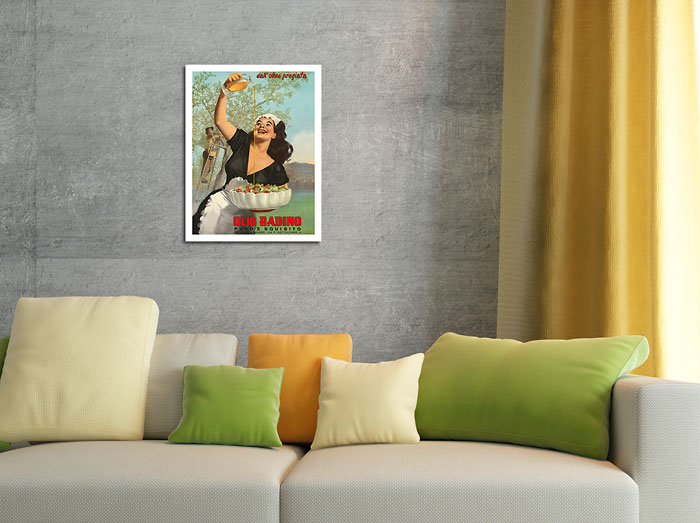 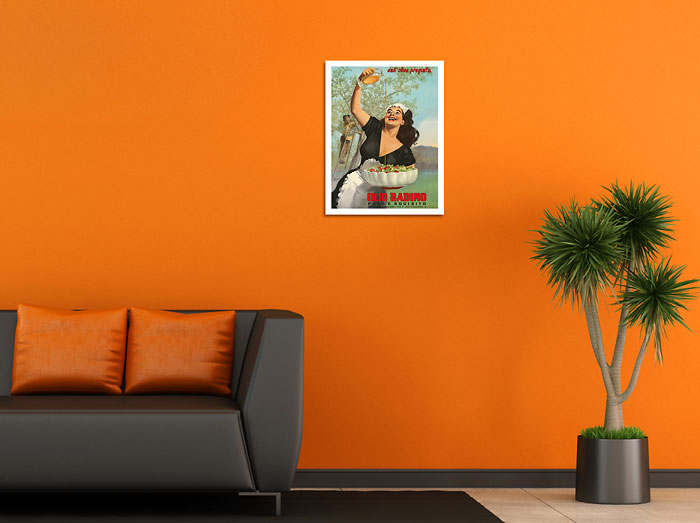 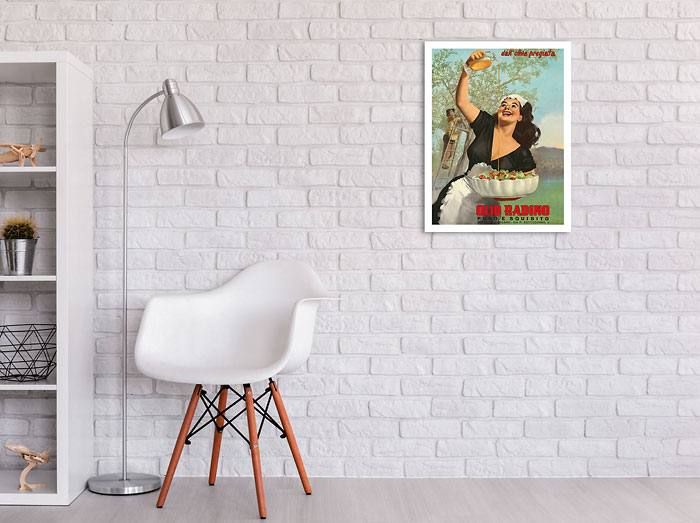 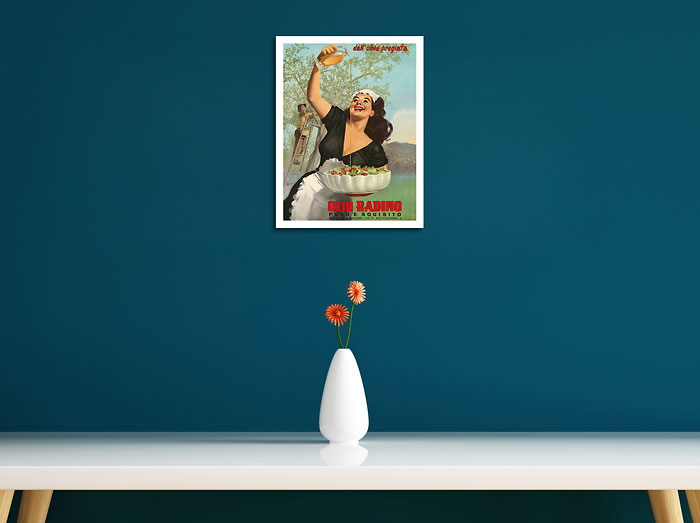 Gino Boccasile (1901 - 1952) was an Italian illustrator. Born in Bari, Boccasile was the son of a perfumer. Early in his youth he lost his left eye, when a drop of quicklime fell into it while he drank from a fountain. Nonetheless, he showed a precocious aptitude for design and completed studies at the fine art school of his home town. After the death of his father in 1925, he moved to Milan. Despite some initial difficulties, he eventually gained a post at the Mauzan-Morzenti Agency. Over the next few years he produced posters, illustrated fashion magazines and gained fame for his sensuous renderings of the female form.
Following the lead of fellow poster artist Achille Mauzan, Boccasile went to Buenos Aires, where he met his future spouse Alma Corsi. In 1932 he moved to Paris, where an issue of “Paris Tabou” was dedicated to his work. He also participated in the Salon des Indépendants, that same year. Shortly after returning to Milan, he opened a publicity agency called ACTA, in Galleria del Corso, with his friend Franco Aloi. He illustrated for the Italian periodicals "La Donna" (1932), "Dea" and "La Lettura" (1934), "Bertoldo" (1936), "Il Milione" (1938), "L'Illustrazione del Medico" (1939), "Ecco", "Settebello" and "Il Dramma" (1939) and designed many book covers for publishers Mondadori and Rizzoli'. He died in Milan, from bronchitis and pleurisy, in 1952.